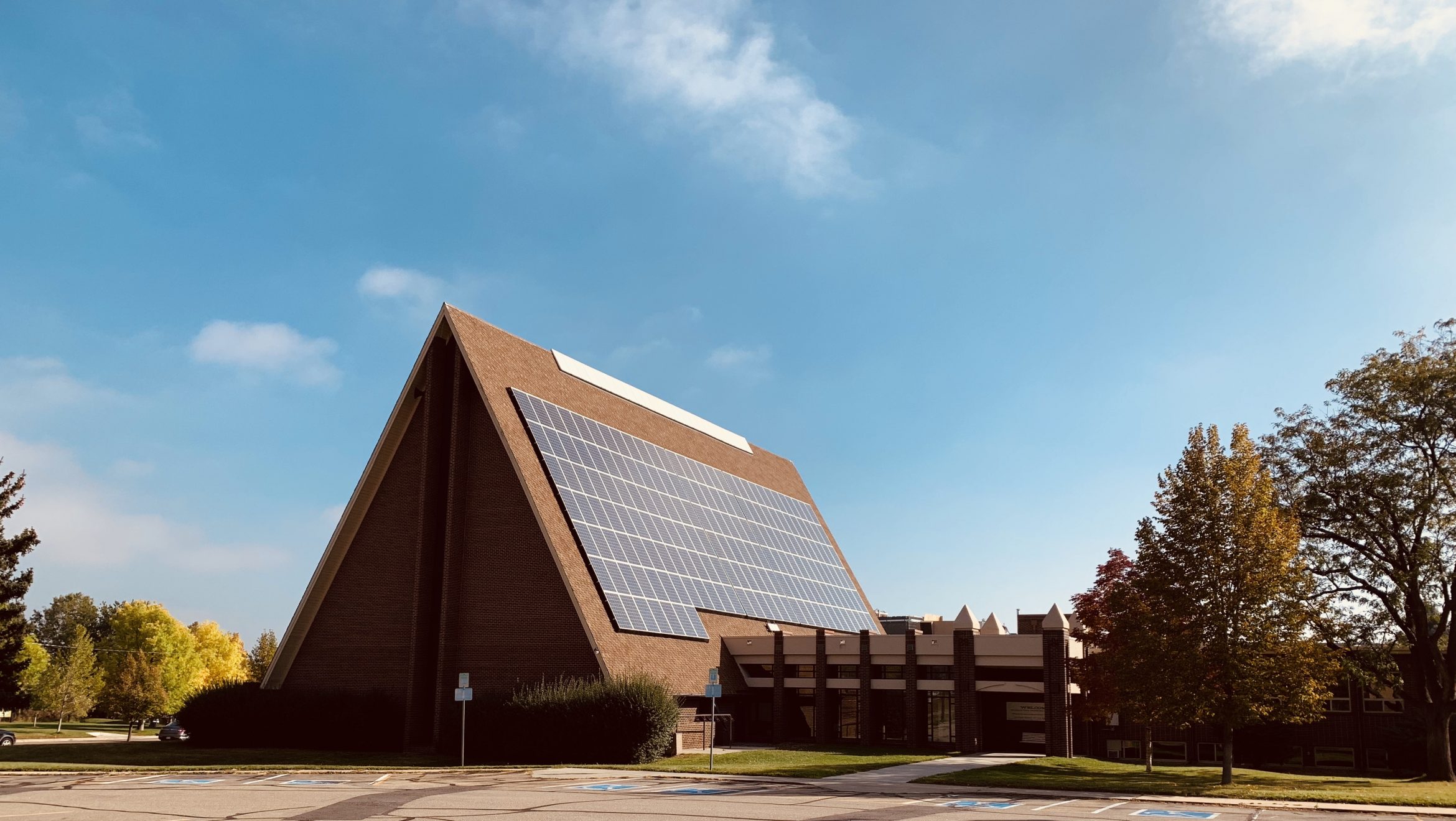 From Desirable to Imperative…

In 2010, when Mountain View voted as a church to install a solar system, the associated reduction in greenhouse gas emissions was viewed as desirable. The last 9 years has seen an amazing rise in the level of concern over global warming. Today, installation of renewable systems is seen as not just desirable, it is seen as imperative.

Now the alarm bells are ringing loud and clear. Sea levels are rising, fires, floods and hurricanes are more frequent and severe, and polar ice is melting. The response has been impressive, but not enough. Xcel is targetting 100% renewable electricity production by 2050, and Shell Oil is building electric vehicle charging stations.

With a small number of exceptions, churches are lagging in their response. The annual Greenfaith Symposium held at First Universalist Church in Denver on April 11th and 12th aimed to encourage churches to do more. The conference opened with the video Mountain View made with CU, describing our early progress and attainment of carbon neutrality, and I followed up with a presentation trying to motivate congregations to become involved.

First Universalist has gone one step further, and has installed a geothermal unit, enabling them to achieve net zero carbon dioxide releases. Professor Denning of CSU told us how the average temperature in our area is expected to rise by 10 degrees F by the end of the century or earlier, and Brett KenCairn from Boulder County laid out our county’s carbon-reducing programs. It is truly imperative that we all take actions.